Send Us An Email

Give Us A Call 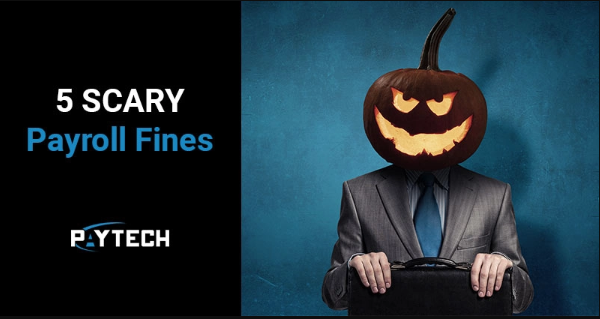 If you own a business, you’re much more likely to get spooked by payroll fines than by a few zombies or ghosts every October. There are dozens of penalties your company can face for things such as unpaid federal and state payroll taxes. These are serious penalties that can seriously damage your business or even terminate it if the fines remain unpaid. To avoid these potential issues, it’s crucial to know what fines you are responsible for as a business owner so you don’t find yourself in a sticky situation near tax day. Here are the top 5 payroll fines you should be aware of to protect your business: 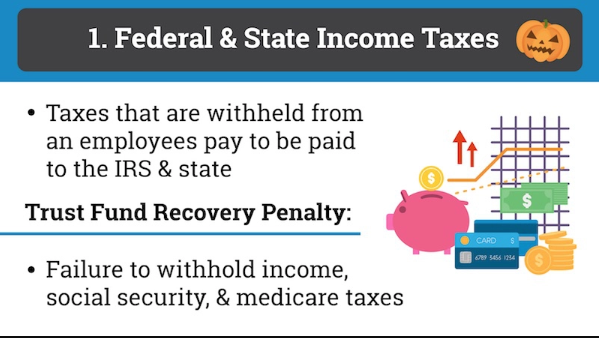 It should be obvious that you are responsible for taking care of these taxes, but there are specific taxes you may want to double check on. It’s well-known that federal and state income taxes must be withheld from an employee’s pay to be paid to the IRS and state. However, one common payroll fine is the Trust Fund Recovery Penalty (TFRP), which is the failure withhold income, social security, or Medicare taxes. In addition to the penalties impacting the responsible party, interest accrues from the due date. Even if the missed TFR payment was unintentional, you can still face payroll fines for late payments. 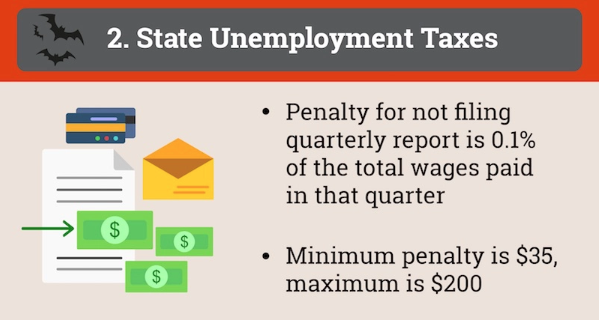 State unemployment taxes should be collected, reported, and paid according to your specific state laws. Even if you did not receive the preprinted quarterly report forms in the mail, your quarterly reports are due on the last day of the month following the end of the previous quarter. Employers that file their reports late will still be charged a penalty and interest until the report is properly filed and fines are paid off. The penalty for a late report is 0.1 percent of total wages paid in the quarter, with the minimum penalty being 35 dollars and the maximum being 200 dollars. Fortunately, you can avoid this late penalty fee by filing the reports on time even if you’re unable to pay the taxes at at the time of filing. You can make arrangements for payments of the overdue amount until it’s paid off.

FICA taxes are the social security and medicare taxes withheld from employee pay and matched by employers. They must be paid either semi-weekly or monthly, depending on the size of your payroll. They should also be reported quarterly on Form 941. Failure to file this form and similar forms may result in different interest accrual rates depending on how many days late you file the form. Any form filed more than 16 days late or within 10 days of the notice from the IRS will result in a maximum interest rate of 15 percent. 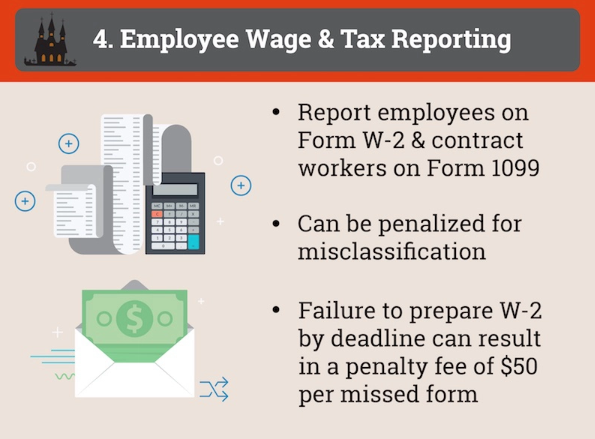 These payroll fines must be reported on Form W-2 for employees and Form 1099 for contract workers. It’s easy to be penalized for unpaid payroll taxes if you misclassify your workers as independent contractors when they are employees instead. If an employer fails to prepare W-2 forms for employees and provide them by their given deadline, generally around the end of January, for the previous year, they may be subjected to a 50 dollar penalty for each statement that was not sent or was prepared incorrectly.

Federal unemployment taxes differ from state unemployment taxes, because they are paid based on the gross pay of all employees. They are paid either quarterly or annually and are to be reported on the Form 940. For each month that the Form 940 is not filed past January 31st, there is a minimum penalty of 5 percent of the tax due with a maximum penalty of 25 percent. Additionally, for each month the tax is paid late, there is a failure-to-pay penalty of the 0.5 percent of the amount of tax and also has a maximum of 25 percent of the tax due. Luckily, if you have a reasonable cause for failing to file or pay, no penalties will be charged.


How To Keep Your Payroll Organized 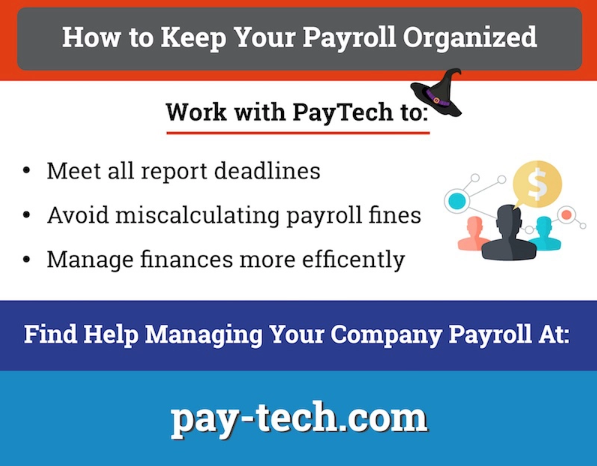 If you’re worried about missing report deadlines or miscalculating your payroll fines each month, you may find it in your best interest to invest in an AZ payroll company that will help you manage your payroll, finances, HR support, and more. Companies like PayTech keep track of the important calculations for you, so that you can focus more on your building your business and less on filing paperwork. For more details on how PayTech’s custom business solutions can help improve your company’s payroll process, contact one of our team members at 602.900.8807.